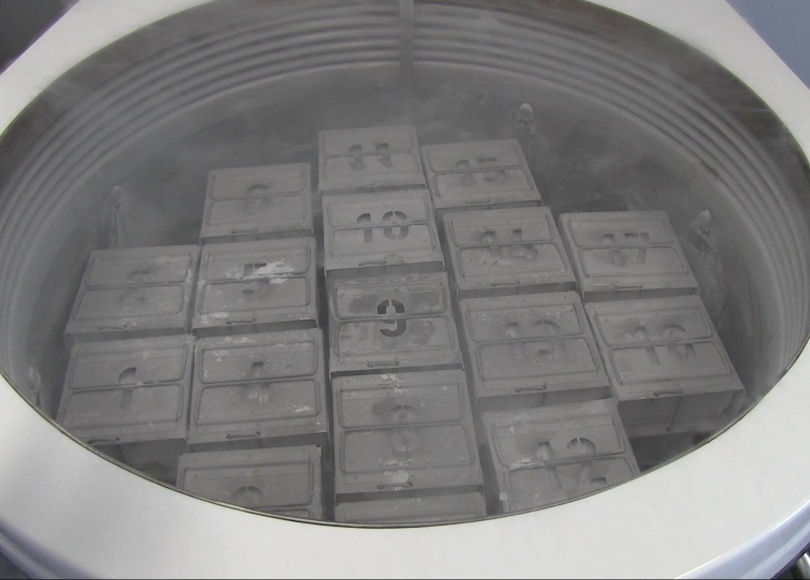 Cryogenics is a field of study involving extremely low temperatures. It often deals with liquid gases (such as hydrogen or nitrogen) to help achieve such low temps. Cryogenics is often confused with cryonics, but the two really are very different. Cryonics is the process of freezing entire human bodies with the hope of reviving them in the future, whereas cryogenics is concerned with the preservation of small amounts of human samples.

Cryogenics  has all sorts of unique applications, such as aiding in medical research, storing and preserving tissue samples (such as blood or sperm), or even assembling car engines!

Cryogenic freezing is used in many medical facilities and research laboratories to store and preserve tissue samples. In fertility clinics, sperm may be cryogenically stored to maintain viability. The same concept is applied in cord blood banks, so that the cord blood may be preserved for use later on. Organs can be stored and used for transplant, and the freezing of living tissues has become an alternative to traditional surgical techniques (also known as cryosurgery, which will be covered in a later post).

Materials cooled to cryogenic temperatures exhibit different properties than they do at other temperatures. Superconductivity is the most useful example– this occurs when cryogenically cooled conducting materials, such as metals, lose all electrical resistance, allowing for currents to loop forever without losing any energy. This phenomenon has opened up a world of possibilities; superconductors are used in MRI’s, maglev trains (think about the trains that float above magnetic tracks), and particle colliders.

The field of cryogenics has a lot to offer. The medical and scientific advancements are numerous, and will continue to grow as our knowledge and technology improves.

There was an error retrieving images from Instagram. An attempt will be remade in a few minutes.

Want to learn more about our company?

Custom Biogenic Systems is a global leader in the design and manufacture of state of the art liquid nitrogen laboratory freezers, cryogenic equipment, freezer racks and accessories. Visit our website to see our full cryogenic product line. www.custombiogenics.com